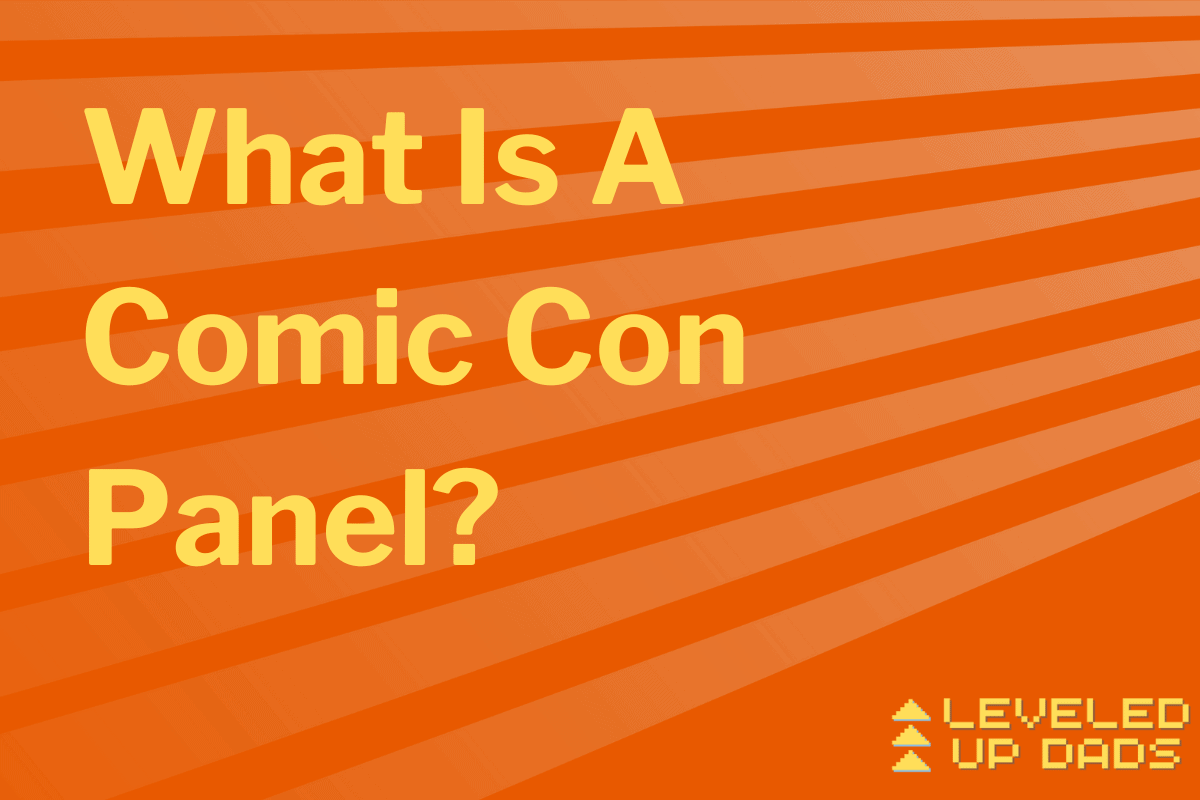 Comic con panels are a popular feature at most conventions. Con junkies love the opportunity to connect with their favorite writers, stars, and producers and are happy to line up for the chance to do so.

Panels at comic book conventions are usually held during the daytime, and the topic of the panels is almost always related to comics or pop culture. They traditionally run for an hour, discussing a pre-arranged subject, with the panel often structured into two segments; the first segment involves the host making a presentation or interviewing a guest, the second part of the panel is opened up to the fans to ask questions.

Comic con panels are an opportunity to hear first hand from actors, writers, and producers of your favorite comic or show. People have been known to camp overnight to get into a panel for a popular show, and even if you don’t camp overnight, you will need to queue, so wear comfortable shoes and buy some comics first, so that you have something to help kill time.

The thing that many people don’t realize is that depending on the convention rules, the audience is not cleared out before the next panel begins. What that means, is that if the room is already half full, then of the people queuing, less will get in, because half of the seats may be already taken. This is important if you are hoping to see a big ticket panel like Marvel or The Walking Dead as the chances are that the room will most likely be nearly full before that panel opens.

If you have your heart set on seeing a popular panel then the best advice is to check the rules of the convention and if possible, get into the room early in the day and stay there. It may be the only way to guarantee your spot. Don’t worry, at many larger conventions that follow these rules, you can get a bathroom pass so you won’t lose your place when nature calls.

Here are some things to think about when getting ready for comic con panels:

While the big names are located in the largest rooms, that doesn’t mean that there aren’t some great panels going on in smaller rooms with less queues. Adventure Time and The Venture Bros. panels and the like can be found in smaller rooms if lining up, or waiting all day through panels that you are not interested in is not style.

A successful comic con panel session is as much about the audience as the panel. As a member of the audience, you want to make the most of your Q&A time. The chances are that you have lined up for a very long time and if you ask a question, you should give the panel member the opportunity to tell a new story that the crowd hasn’t heard before.

Don’t feel compelled to ask a question just for the sake of it, this is not just about you and nobody wants to feel the collective anger of a crowd. Keep your questions concise, time is short, don’t waste it. If you do want to ask a question, use your time in the queue to think carefully about what it is you are going to ask to get the most value from the panel.

Remember that there are some simple rules and etiquette that you need to follow as a member of the audience to make the panel session worthwhile for you, the other members of the audience, and the panel. There are some questions that panel guests will not be able to answer due to contractual obligations, so don’t ask them.

Don’t expect a hug, a photo, or anything else along these lines from panel members. There could be another opportunity for these at another event later, but panel sessions are not the forum. Don’t talk while a panel member is talking. Remember, you lined up for a long time to hear from them. What you have to say can wait.

So what makes one comic con panel stand out from the rest and be the one that will be talked about long after the convention is over?

In 2015, Bill Murray surprised 6,000 fans who had been lining up for the Rock the Kasbah panel. Many of the fans had slept overnight to get into this panel, but none had expected Murray. While Murray was on stage for the fist few minutes of the panel, he delighted fans by staying in character. Returning later for the fan Q&A Murray answered questions on a broad range of topics ranging from his co-star to the Confederate flag.

Feeling Like You Are A Part Of An Exclusive Group

If you are going to line up for hours, you want to be made to feel special at the end of it. This useful tool employed by the Hunger Games team during their panel in San Diego made the panel audience feel that they were part of something exclusive and privy to things that no-one outside of that room was. The audience were given insights into the upcoming film, learned that none of the cast could do the famous mocking jay whistle and saw just how comfortably the cast members got along with each other.

If you’re attending a panel for a manufacturer or publisher, chances are there might be some giveaways. Marvel and Kotobukiya are known for giving away some of their products either randomly or to people who ask great questions.

Comic con panels have become a great place to see first looks at upcoming movies and TV shows. Many times, you’ll get to see clips, trailers and episodes before they’re released publicly.

A Look Behind The Curtain

Comic con panels give the audience a glimpse into what goes on behind the scenes and the lowdown on insider information. Audiences can learn about the writer’s process, and if they are lucky, they might learn something that hasn’t been revealed by producers yet.

Getting To Know Your Favorite Actors and Creators

Often, all you know about your favorite actor or creator is their finished product. Panels give them an outlet to talk about themselves. A good Q&A session can take this even further.

Whether its frank conversation, a surprise appearance, fun facts, or just the opportunity to see the actor, creator, or producer of your favorite comic live on stage, comic con panels are growing in their popularity. People are willing to camp overnight to secure their spot, and there’s usually a Twitter hashtag dedicated to each room for those in the know, all in the name of #fandom.

Level Up Your Next Convention! 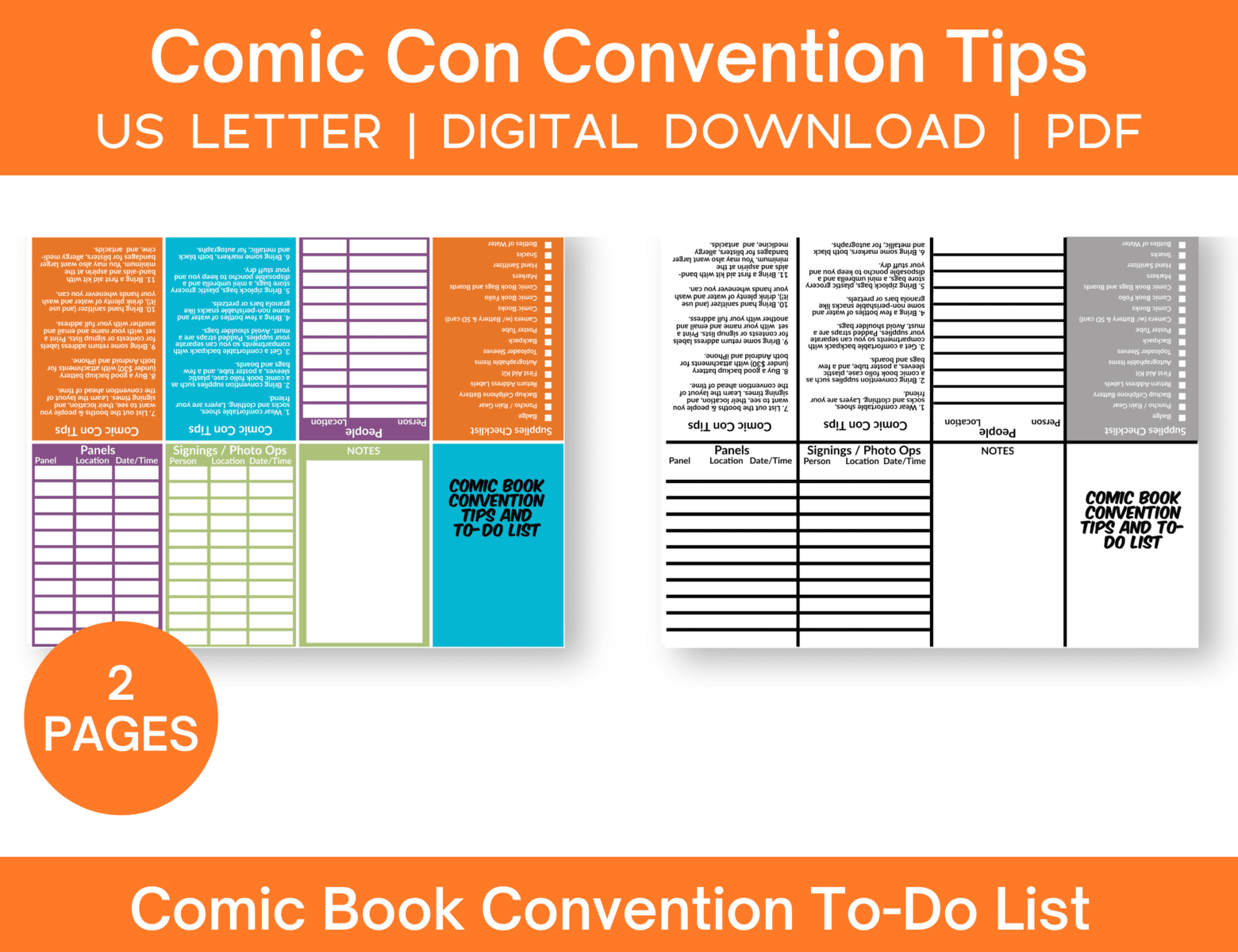 Printable, Foldable Pocket Planner for Comic Con features tips for making the most out of every convention.

Take notes of booths and celebrities you want to see. Write down the dates and times for panels and signings.

Make sure you have the supplies you need!

I'm just a Dad trying to help other Dads level up their lives. I like comic books (and comic con!), coffee, creative outlets, and making extra money.

link to How To Make Pour Over Coffee

Making pour over coffee is my favorite way to enjoy an amazing cup of joe each morning. Unlike other brewing methods, pour over coffee allows you to control the quality and strength of your coffee by...

I love this video from Kurzgesagt. It does a great job of explaining why change is so hard. https://youtu.be/75d_29QWELk ....to achieve your goals, you have to become a different person....

About Leveled Up Dads

Welcome to Leveled Up Dads! I'm here to help you take your life to the next level, whether that means earning extra money, getting more out of every day experiences, or both.

My mission is to empower Dads to become the best versions of themselves by providing valuable tips and insights on a wide range of topics. From personal finance and comic con to coffee and Print On Demand, I've got you covered.

So join me as we level up together, one Dad at a time.